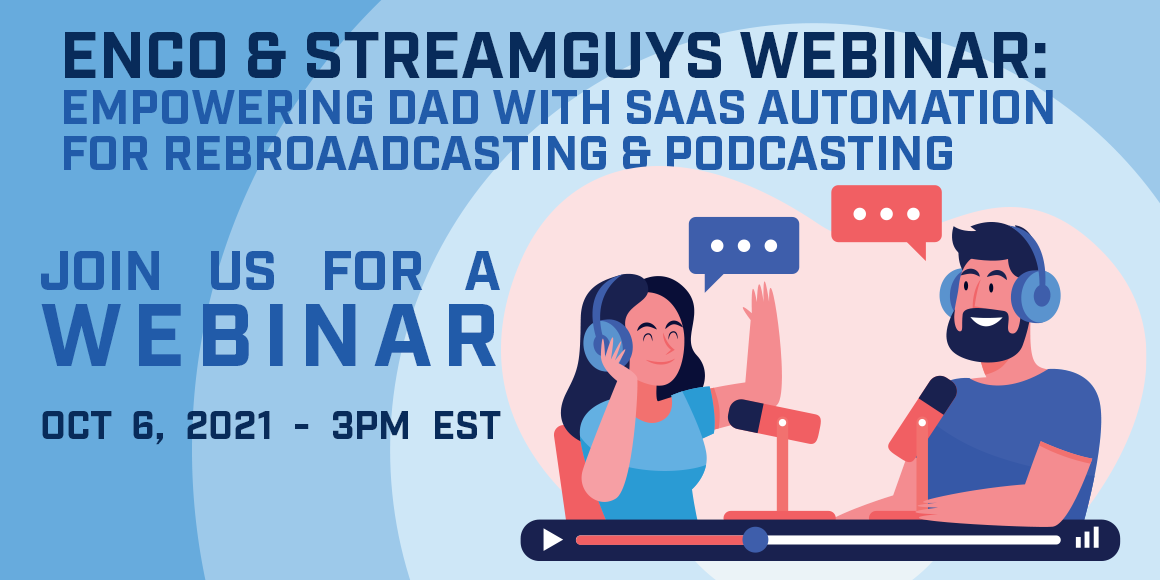 Join ENCO and StreamGuys in our joint Webinar as we explore how DAD and Podcast workflows can be greatly improved with access to content, automation, and monetization by utilizing StreamGuys' powerful Software as a Service (SaaS) platform, SGrecast. Please interact with us as we team up to show a real-world example of how DAD and SGrecast are used together to solve the unique problems associated with turning live programming into Podcasts. Learn how SGrecast's AudioLogger and Auto Publishing can bring you more publishing power, accomplishing work you never thought possible with your existing staff. Both ENCO and StreamGuys will have technical folks on the Webinar to answer your specific questions. If you're looking for ways to speed up production while gaining more flexibility, you won't want to miss this Webinar.

On Display at the Webinar

Register for the Webinar

NewsBoss works great when paired with other ENCO solutions. Maximize your station's potential with any of these products.

The Company We Keep