MusicMaster and ENCO - Even Better Together 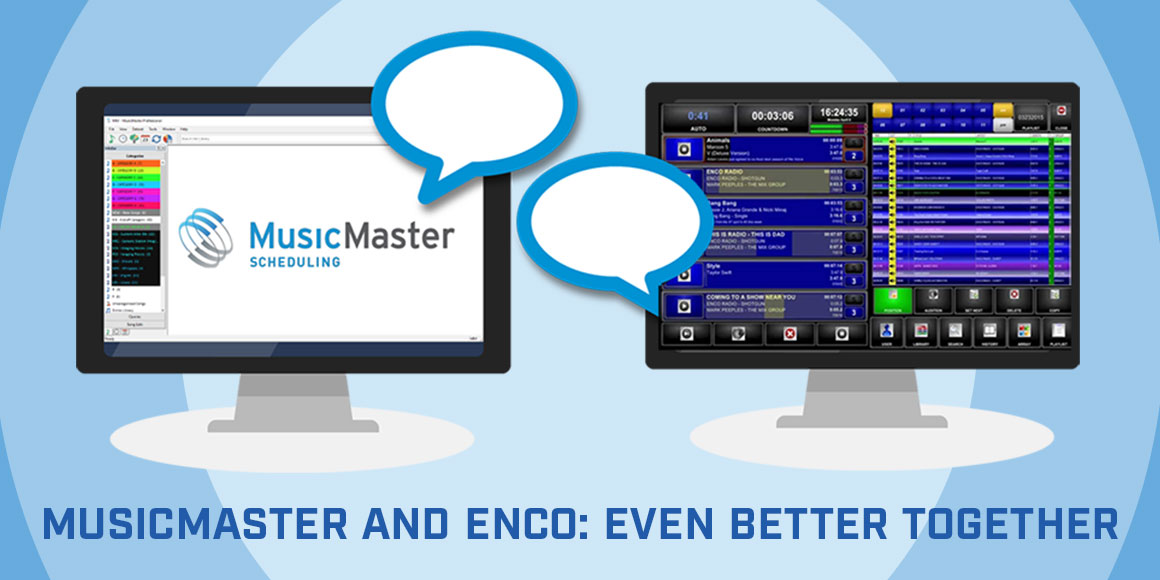 Join us and see how the seamless Nexus interface between MusicMaster Scheduling and ENCO DAD can take your station’s workflows to the next level! MusicMaster Director of Technical Services Jerry Parker will demonstrate powerful integration features, including: Real-Time Metadata Exchange: Save time and reduce inconsistency when entering songs. When adding or changing a song in ENCO DAD or MusicMaster, your changes will instantly be reflected in the other system's library. Bidirectional Playlist Synchronization: Change your music logs on the fly. With this feature, updates to your playlist can be easily synchronized between DAD's playlist and MusicMaster's log. Smart Replacement: From within the ENCO DAD interface, on-air talent can replace any upcoming song by accessing a list of acceptable songs from the same category that also meet all the MusicMaster rules. Immediate Reconciliation: When songs are played, added, replaced or dropped in ENCO DAD, this is instantly reflected in the MusicMaster log. This means programmers are constantly working with the most accurate play history.

On Display at the Webinar

Register for the Webinar

NewsBoss works great when paired with other ENCO solutions. Maximize your station's potential with any of these products.

The Company We Keep